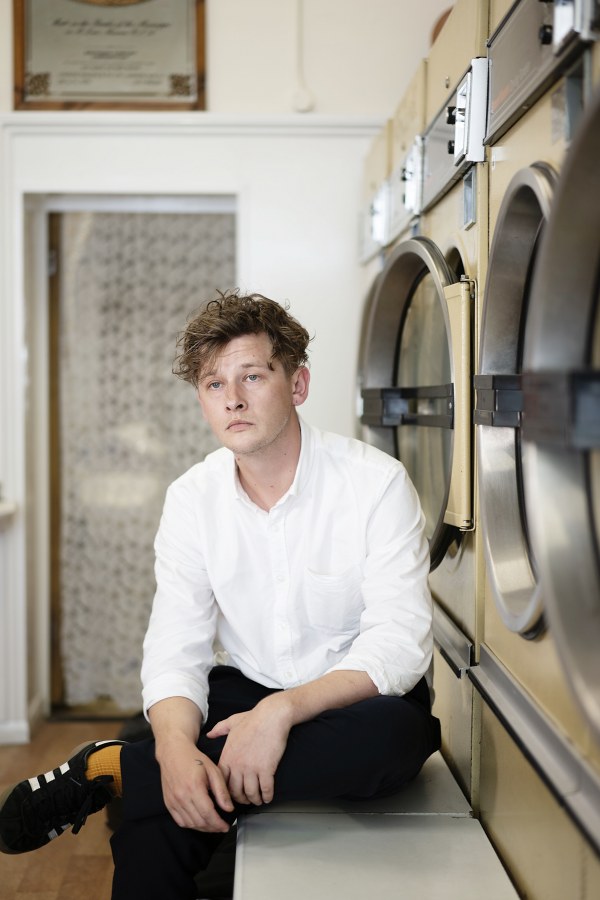 But there's a fortune to be had from telling people you're sad” says Bill Ryder-Jones on the opening track of Yawn, his fourth album, set for release on November 2nd via Domino. But Bill won’t be ordering gold taps for his bathroom on your tear-ducts anytime soon, simply because there’s nothing mawkish or insincere going on in here. Yawn is an album that looks for understanding - down the back of life’s sofa.  These are everyday stories about situations we all fall from and into, out of, and back up against the wall again - and they are sung to us, up close, by a voice still in hock to a few uncomfortable truths.

The first track to be shared from Yawn is ‘Mither’, a song about Bill’s mother, who he talks about in a timbre warm as milky tea, worrying about her guinea pigs instead of Bill (for once). ‘Mither’ — one of the greatest words to walk the North of England – also features the words of someone in Bill’s musical linage, Mick Head.

Yawn is a buckle-up and knuckle-down listen that rewards the listeners’ attention with motifs and melodies that play hide and seek but never fail to deliver on those between-the-lines verities. This musical belief of delayed gratification is something Bill learnt from classical music as a child, from Elgar and Debussy in particular – and over the long hall of his short life, you can hear these riches being polished on Yawn. Most of the 10 songs clock-in over the 5 minute mark and this wide-angle lens affords us time to interpret and translate meaning – or just to revel in it.

Yawn was recorded and produced entirely by Bill himself, with a little help from friends including guest vocals from The Orielles and Our Girl, cello by Rod Skip and mixing by Craig Silvey (Portishead, The Horrors, Arcade Fire). Bill has also been steadily building up a list of album production credits for other musicians including Our Girl, Hooton Tennis Club, Brooke Bentham and Holly Macve, who he records at his own place in West Kirby, aptly titled Yawn Studios.

Bill Ryder-Jones is heading out on a tour of the UK next month where he will play a string of dates including London’s Queen Elizabeth Hall on the Southbank. He has also announced his biggest headline show to date at Liverpool’s Central Hall in December.