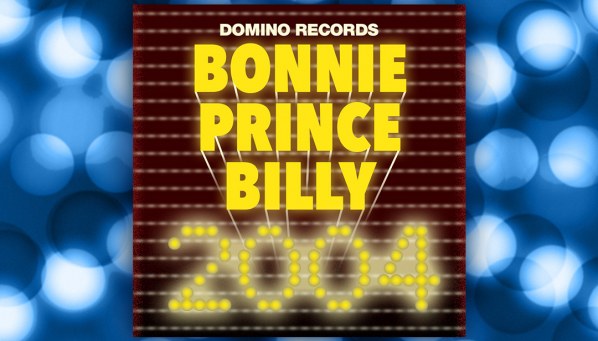 Recording engineer/producer Mark Nevers had introduced Will Oldham to the wonderful community of Nashville session musicians during the sessions for MASTER AND EVERYONE.  Nevers noted how impressed Oldham was with how things could work at a Nashville session and suggested to Oldham that they reconvene for a future record for which Nevers would book a whole crew of A-team musicians.  Oldham first conceived of bringing in a pile of cover songs culled from the breezy pop charts of the 1970s; songs from Meat Loaf, Journey, Elton John, REO Speedwagon.  He figured to pare the fat off of the popular arrangements and build them back from the ground up, inspired in part by Dolly Parton’s cover of “Time For Me to Fly” on her WHITE LIMOZEEN record.  As the months passed, this idea transmogrified into the concept of covering Oldham’s own “hits”, bringing repertoire from Palace records formally into the Bonnie Prince Billy arsenal.  Oldham had learned that names can be confusing and misleading to the listening public, and thought he ought to record the evolution of the songs, introducing them to the BPB audience for now and future.  Drag City asked audiences to submit their favorite Palace jams for possible inclusion in this endeavor.

True to his word, Nevers assembled a mighty crew of seasoned pickers at the notorious Castle recording studio in Franklin, Tennessee.  Eddie Bayers played drums, Hargus Robbins played piano, Stuart Duncan played fiddle and mandolin.  Union rules were observed, with a few songs allowed per 4-hour session.  Things went fast.  Oldham’s head spun, gleefully.  After three days, 18 songs had been tracked with bass, drums, fiddle, mandolin, piano, and guitars, along with all of the lead vocals (except for “New Partner”, which vocals Oldham would re-sing later).

The next step, overdubbing, took months.  Oldham wanted to bring in many of the musical forces who had been crucial to the life of these songs. He brought the recordings to Milwaukee so that Colin Gagon could throw down some accordion and trombone parts; Anomoanon members Jack Carneal, Ned Oldham, and Aram Stith were recorded remotely.  Sessions occurred at Paul Oldham’s Rove Studios and at Nevers’ Beech House.  Cynthia Hopkins, of Gloria Deluxe, played and sang.  Duets of a sort were recorded; David Berman joined in on the singing of “No More Workhorse Blues” (a song inspired by Berman) and Marty Slayton helped turn “Agnes Queen of Sorrows” into a functioning duet.  A few songs were scrapped from the final running order.  Oldham had been unhappy with the singing he did on “New Partner” in the initial sessions  He asked Berman to coach him for the vocal retake, which Berman did with aplomb.  Matt Sweeney came to Nashville and recorded his inimitable guitar moves and even sang a bit here and there.  William Tyler and Tony Crow were back, Bobby Bare Jr. joined in on some singing, Ned Oldham played and sang, Andrew Bird fiddled and whistled, DV DeVincentis blew his sax.

Loathe to travel and/or endure video production days, Oldham videotaped himself singing a few of the songs from the collection and sent the resulting clips to film-maker friends Harmony Korine and Braden King (he’d also sent the sole copy of his duet-with-a-puppet clip for “Agnes” to Geoff McFetridge but the tape was lost in the mail).  Korine conceived of and shot his short film for “Pushkin”. When Oldham saw it, he was both blown-away and inspired.  He asked Korine to re-fit the piece to “No More Workhorse Blues” instead of “Pushkin”.  Korine did so, and truly a mighty work is the final result.  Braden King shot an epically playful piece for “Horses” which remains vibrant and loved.

The front cover for GREATEST PALACE MUSIC is dominated by a painting by McLean Stith.  The back cover is a close-up photograph of Bonny Billy taken in a Montauk motel room.  The inside artwork was rendered by Patsy Desmond.  The vinyl edition featured three sides of playable music, with side four featuring a vinyl etching by Savage Pencil.  Bob Arellano wrote the liner notes.

Two physical singles were released, one for “Agnes”(again with art from Kyle Field) and one for “No More Workhorse Blues”.  Bonus tracks on these singles included a Mariah Carey cover, a Judee Sill cover, a new collaboration with Tweaker, and an outtake from the GREATEST PALACE MUSIC session.