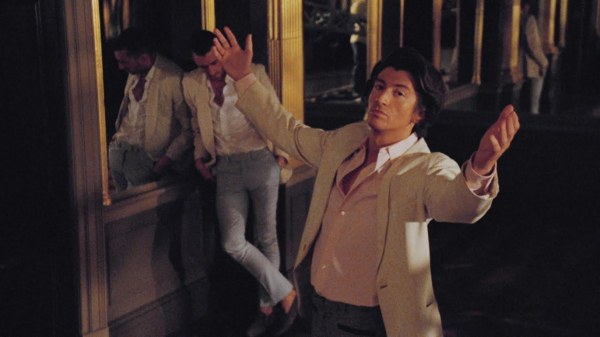 The Last Shadow Puppets have shared the video for new single ‘Miracle Aligner’ – watch it now HERE. Taken from the number one album Everything You’ve Come To Expect, the new video was filmed in London and is the final video of the triptych from director Saam Farahmand, which included the videos for ‘Everything You’ve Come To Expect’ (watch HERE) and ‘Aviation’ (watch HERE).

‘Miracle Aligner’, plus singles ‘Aviation’ and ‘Bad Habits’, feature on the band’s second album Everything You’ve Come To Expect which was released 1st April 2016. The new album finds Alex Turner and Miles Kane reunited with James Ford (production and drums) and Owen Pallett (string arrangements) and joined by Zachary Dawes (Mini Mansions) on bass, recording the follow up to 2008’s ‘The Age Of The Understatement’ at Shangri La Studio in Malibu.

You can buy the album now via The Last Shadow Puppets store,  Dom Mart or iTunes.

The Last Shadow Puppets are also set for an extensive run of live dates, including festival appearances, as listed below : -