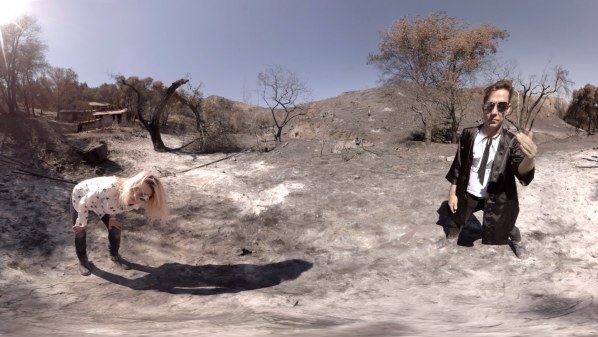 The Kills – Alison Mosshart and Jamie Hince - are pleased to share a brand new video for ‘Whirling Eye’, off 2016’s album Ash & Ice. The video, helmed by award-winning video director Sophie Muller, a longtime collaborator of the band, was shot at several locations in Los Angeles using the Omni, GoPro’s synchronized 6-camera array for VR.

For the full 360-degree experience watch in Google Chrome, via your smartphone device or on a mobile VR headset. Explore by using your mouse or the ASWD keys.

In additional commemoration of their live anniversary, The Kills will be on tour in the United States later this month and returning to the UK in May. All UK dates are below, and for international dates, please head here.