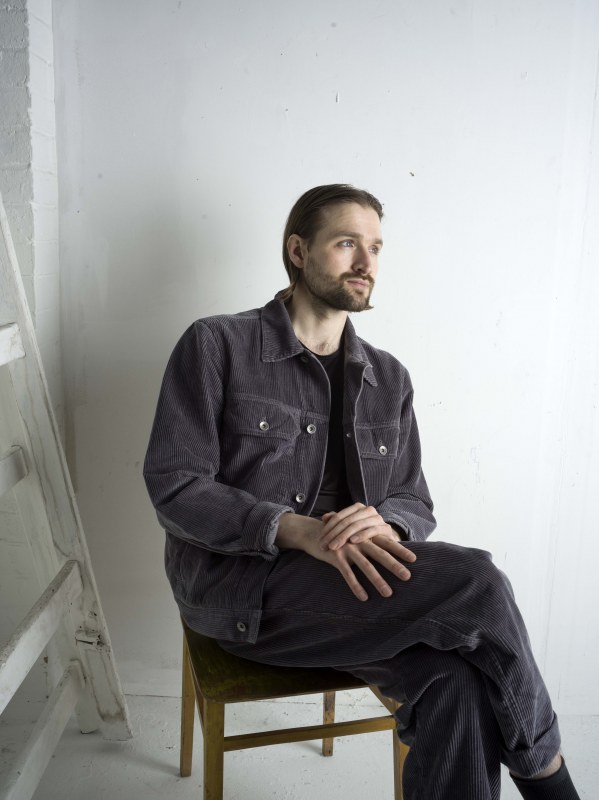 It is with great pleasure that Domino announce Diviner, the debut solo album from Hayden Thorpe, due for release on 24th May 2019. Along with the news of Diviner, Hayden Thorpe shares the new track, “Love Crimes” plus a video, directed by Alexandra Liveris.

Diviner is a deeply emotional album: lyrically generous in its candid tone and self-awareness, the melodies resonant with sense memory. The album feels like a startling departure from Thorpe’s previous work with Wild Beasts and also unlike anything else being made at the moment.

Written in a deep period of flux; at points in California, Cornwall and at his home in London - the latter acting as a womb-like space where he worked out his new life, story and belief systems. “My adulthood was based on a certain belief system, a band, a family. When it shifted entirely, I had a ghost I had to find a new haunt for,” Thorpe notes. But his belief in songs as transformative entities kept him going. “I believe in the medicinal properties of songs. I believe in their healing properties,” he says. “Songs defy time, they don’t erode or denature, they come with you and reform anew in your mind as and when you need them.”

“I broke up with myself. So this is a break-up album, but not about a relationship. It’s a break-up from a past self, it’s a breakup from the old idea of yourself and therefore every relationship, of all kinds, that you’ve ever had.” Throughout the record, Thorpe’s voice is a beacon - paired with weaving piano, ambient guitar drifts and propulsive bass lines - his sound is even more powerfully unfettered than before, as if he’d found a new inner voice, a new way to use his instrument.