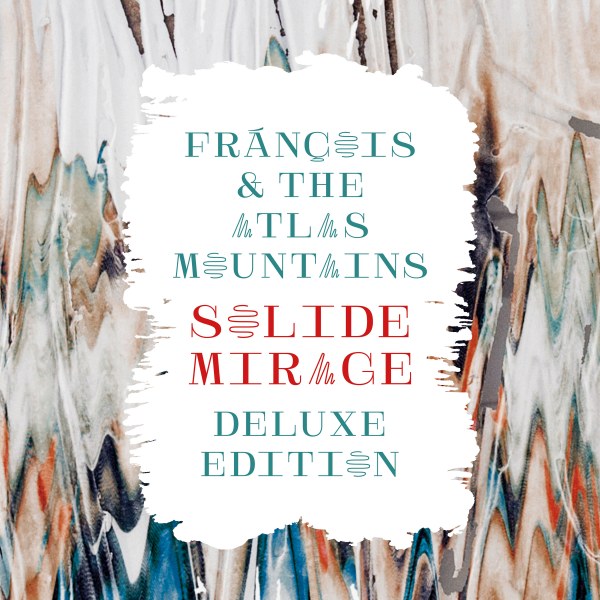 In celebration of what has been a hugely successful year for Fránçois & The Atlas Mountains, the band are very happy to announce Solide Mirage Deluxe Edition, due for release on October 27th, 2017. The deluxe edition brings even more variety to the already diverse core of the album’s 10 songs, including five additional tracks that were not previously available, plus a number of remixes by friends of the band and artists they have admired whilst on tour over the course of 2017.

On the release, Francois says:

“Solide Mirage makes even more sense today than when it came out. It was highly connected to all the buzz around the elections that took place in the western world in 2015-2017. But it is also strongly connected in my mind to the personal search for stability in Brussels, an ever evolving city, where everything is covered under layers of different architectural and cultural intentions from different communities.

Many remixes were done by friends in Brussels, or by artists we discovered while going out to night clubs in the Belgian capital. I'm really excited that those reworks give the chance to hear the lyrics in a different cocoon of sound”.

In addition to the Solide Mirage Deluxe Edition, the band will be on tour across Europe and the UK this autumn. Full dates below.