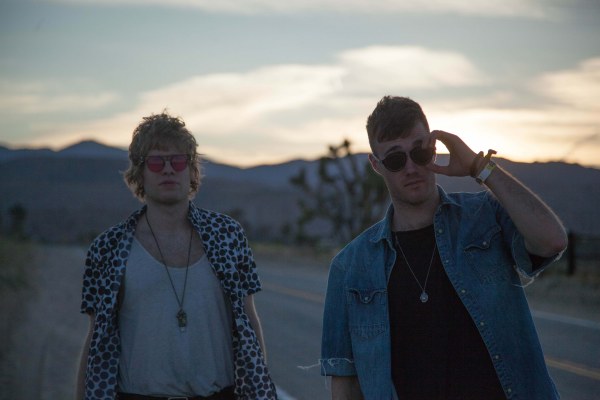 Bob Moses first found a home on the Brooklyn-based tastemaker label of Francis Harris and Anthony Collins’ Scissor & Thread back in 2012. Since then, the NYC-based Canadian act have soared to prominence and struck gold on both sides of the Atlantic - winning over the hearts of the mainstream and the underground alike, as evidenced by a recent appearance on major US talk show, Ellen and an invitation from legendary DJ, Pete Tong, to record their debut Essential Mix on BBC Radio 1. Widely touted as NYC’s leading break out dance/rock act, Bob Moses are proof that sultry deep house and pop-savvy songwriting don’t have to be mutually exclusive.

Bob Moses is made up of Tom Howie and Jimmy Vallance – the duo formed in early 2011 shortly after they bumped into each other in New York, having attended high school together in Vancouver years earlier. Back in school, Howie played in a punk band at bars like The Roxy, and later won a scholarship to the Berklee College Of Music in Boston, whilst Vallance was making trance in his parent's basement and had a residency at former super-club, Cyber. Both submersed in their own versions of New York’s underground scene, they bonded over a desire to make music that alternated between brooding, dance-floor driven house and moments of reflective, downbeat repose.

After linking up with Brooklyn-based imprint Scissor and Thread to provide vocal features for various friends of the label, co-founder Francis Harris eventually asked the duo to deliver their own EP for the label. With just two EPs to their name, Bob Moses quickly become a hot commodity in the dance community, bringing their live show to SXSW and subsequently signing to Domino in 2015.

In January 2016, they appeared on one of the biggest shows on US Television, Ellen (which averages 4.4 million viewers), to perform a stunning live version of “Tearing Me Up”. Ellen had previously heard “Tearing Me Up" on the radio and personally reached out to get the band on the show. Meshing guitar licks, a moody smoulder and a dash of dance-floor ambience, the duo’s live sound translates seamlessly to the live performance realm, bringing authenticity to both appease genre purists, and the lyrical depth to draw in audiences away from the club. Following a headline worldwide tour, they were named as one of Resident Advisor’s Top 20 acts in dance in 2014, and again the following year, moving up the charts to number 14 in 2015.

Fast forward to 2016 and Bob Moses continue to deliver on this early precursor, with the duo playing major tents at LA’s Coachella festival and Governor’s Ball, whilst also selling out shows at London’s 1000 capacity venue, Oval Space. This summer they’ll be taking their unique live show across the UK festival circuit too, with shows at London’s Lovebox and Latitude, following two performances at Glastonbury. The band are also playing at Rough Trade East on the 14th of July. Legendary British DJ Pete Tong also recognised Bob Moses’ formidable rise, inviting the duo to take part in Radio 1’s iconic Essential Mix slot. Turning in an eclectic two hour mix— largely music outside of their own catalogue – the mix is a far cry from their live shows, albeit just as absorbing.

“We were never happy just making music on guitars,” says Tom Howie.“Our live show combines what a DJ does with a rock band,” Vallance adds. “Everything flows together in a continuous mix for the dance-floor, but it’s all our own original music, with live vocals and guitar. Then again, we came out of a scene that was trying to change what dance music is – that pushed beyond the expected sonic spectrum.”

Bob Moses have now announced a 2016 edition of their debut album “Days Gone By,” set for a release on Domino 19th August 2016. On the impressive “Days Gone By (Never Enough Edition)”, the duo weave a rich spectrum of sensation over the course of its ten album tracks. The album also comes with two vinyl bonus tracks, an acoustic version of “Before I Fall”, 3 live album track versions and an impressive selection of remixes from some of dance-music’s biggest names, including Joris Voorn, A Trak, RAC and Tale Of Us.  The band have also launched “Days Gone By – A Bob Moses Story”, a charmingly insightful mini-documentary filmed in and around their recent trip to Southern California and Mexico.

4. Too Much Is Never Enough

9. Writing On The Wall

- Here We Are (vinyl bonus track)

- Tearing Me Up (A-Trak remix)

- Tearing Me Up (Tale of Us remix)

- Tearing Me Up (RAC remix)

Nothing At All (Live)

- Before I Fall (acoustic)